Posted on February 28, 2017 by Rach Loveday Leave a comment

I published a blog post on Christmas Eve last year about my decision to go on a “fun walking not running tour” this year.

I wrote that my tour would involve participating in fun runs in all of the capital cities.

I have now settled for completing at least one fun run in every state and territory and have even mapped out my plans on a map of Australia, with ticks representing the states where I have registered to complete a fun run, which I will update as I go along.

The first map, which can be found below, shows ticks in NSW and the NT as I have registered for fun runs there in February and August respectively. 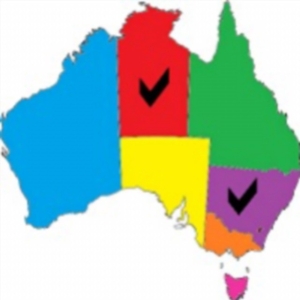 The second map, which can also be found below, shows a tick in Queensland as I have since registered for a fun run there in May. 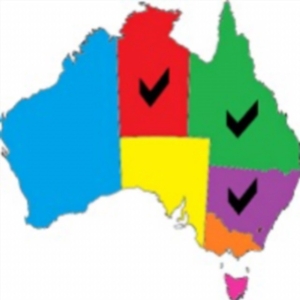 I have fun runs in mind for the ACT and Tasmania, however these aren’t set in stone as registrations for them haven’t opened yet. I’m not sure yet what fun runs I’ll do in WA, Victoria and SA.

All images via Google Images and Pixabay, unless stated otherwise.